Everything you want to know about oil but were "afraid to ask"!

Just got done replacing my oil pump seals but Im not confident I have the cam oriented correctly when I reassembled. 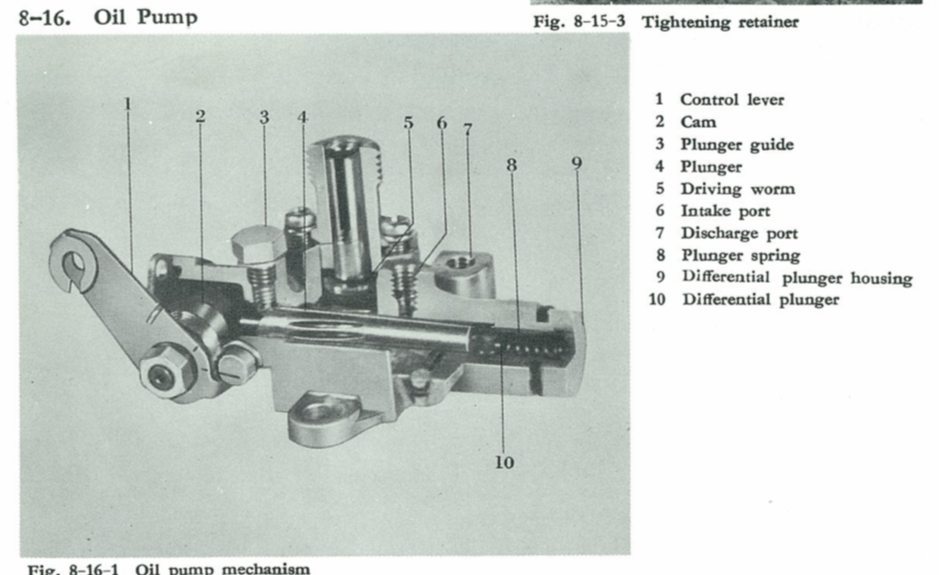 Hope my explanation made sense.

Yes, that looks the same as the T20 I rebuilt so you have it 180 degrees out. In the absence of the cam, the spring loaded plunger moves up and down controlled by the end-face cam running against the end of the screw (3) and gives maximum output. The throttle operated cam restricts the plunger movement by pressing on the tip of it. Thus, at full throttle the cam should not be touching the end of the plunger. Conversely, at tickover the cam allows only a small movement of the plunger as it rotates. I suggest you do what I did, stare at diagrams and the pump in your hands until you understand how it works.

Its easy to test by spinning the pump in a drill chuck when its together.